(Liberty Bell) – Nancy Pelosi, like most Democrats in Congress, thinks she is just plain smarter than the rest of us common folk. It’s been well-reported since it happened that the disgraced Speaker of the House ripped up the House’s copy of President Trump’s State of the Union speech Tuesday night at the conclusion of the address and the backlash is just getting started.

The act itself was absolutely shameful but the evidence is pointing to the entire performance being premeditated, which makes it all the more disturbing. Instead of respectfully sitting there listening to what the President had to say, she used the time to stew on her hatred of him, and half of America, just proving how much her own personal agenda trumps her sworn duties to We, the People.

It never crossed her mind that all of us half-wit, Trump supporters would ever be able to piece together the video and picture evidence pointing to her plotting the speech-ripping all along. Nancy just isn’t as couth as she thinks she is and we most certainly aren’t half-wits.

In video posted to Twitter, it appears that Nancy is attempting to be discreet with the speech but in light of her behavior at the conclusion of the address, it’s pretty obvious she was conducting a practice tear. Take a look:

Photos even appear to show the Democrat leader may have actually “pre-ripped” some of the pages in preparation for her performance. Check out the Associated Press picture below as highlighted by the New York Post: 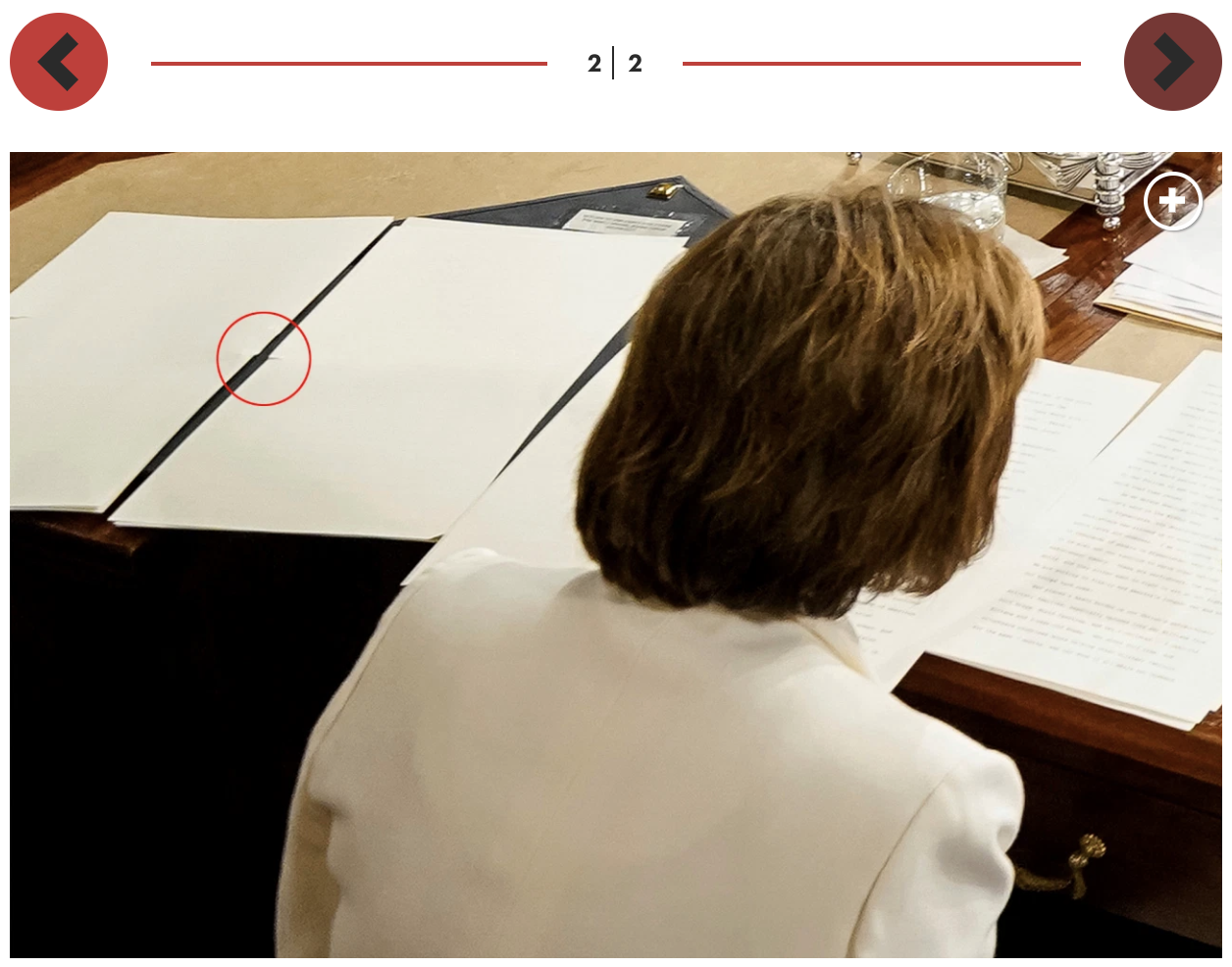 Through all of the bull crap the Dems have put us through over the last Presidential term, it seems as though Nancy Pelosi has finally pushed lifelong Democrats over the edge and justifiably so. Her behavior before, during, and especially at the conclusion of the State of the Union was nothing short of disrespectful, shameful, embarrassing, and disgraceful.

She ought to be ashamed. Callers to C-SPAN Tuesday night certainly were for her and many of them declared they will never vote Democrat again thanks to Pelosi’s cowardly act.

WOW! After the State Of The Union DEMOCRAT callers into C-SPAN completely destroyed Pelosi, saying they will NEVER vote for the Democrat Party again!😮 @realDonaldTrump #sotu #StateOfTheUnion #NancyPelosi pic.twitter.com/mB3ExhXWdr

“I’ve been a Democrat for 70-something years, and what I’ve seen tonight of the Democrat Party, I am changing my mind,” one caller from Alabama said on C-Span. “I’ll probably still be a Democrat [in ideology] but as far as electing a god-danged Democrat, never again.”

Others shared the same sentiment:

“I’m a Democrat as well, but no longer will I vote Democrat,” said an audibly upset female caller from California. “I think it’s outrageous that they sat there when all these good things are happening to our country and how much we love our country, and they looked like they hated our country.”

“And Nancy Pelosi, the whole time she’s sitting up there with a disgusted look on her face.”

“It’s outrageous, I will never vote Democrat again and I’m sick of it and my whole family feels the same way… my husband and my friends are sitting here, all former Democrats who voted for Hillary last time, and therefore never, ever will we vote Democrat ever again,” she declared.

The same caller also added that they love America and want to see it succeed but it appears that their “Democratic party has been stolen from us by a bunch of communists.”

Yet another caller from Washington said she is “literally disgusted with Pelosi and the Democrats behavior.”

“…The way she teared up the speech behind [Trump] at the end, I was a registered Democrat, I’ve gone independent and I’m leaning GOP now,” she said.

Perhaps the most truth came from a caller in Pennsylvania who said, “with a simple rip of the paper, Nancy Pelosi has pretty much sealed the deal of the reelection of Donald Trump.”

It would appear that Pelosi’s disgraceful act has done a lot more damage to her cause than she could have possibly imagined. She wasn’t just disrespecting President Trump but the entire country, Democrats and Republicans alike.

Perhaps instead of plotting she should have spent some time considering the possible fallout of her plan instead of being completely consumed with hate but we do appreciate her contribution to President Trump’s reelection campaign.

Sen. Johnson Destroys This Insane Claim That Valerie Jarret Made About...